Some cars never go out of style. It’s rare, but it happens. They get old. They get depreciated. But they never stop looking cool.

Some might call them modern or instant classics. Within a few years they’re no longer the latest and greatest, no longer the flavor of the month, but they remain special. Eternally special. Timeless.

These cars aren’t necessarily going to be worth a fortune someday. However, some may not depreciate as rapidly or as far as other models. But that’s not what we’re talking about here. These are the cars that enthusiasts will always find desirable from the curbside. They’re the cars you end up shopping on eBay late at night 10 years later because you can’t get them out of your head. They’re the cars that will forever excite you when you spot a clean one in traffic or in a parking lot.

There are plenty of recent examples over the past couple of decades that could count as instant design classics. But then we got to thinking, what 2021 models will be forever cool to stare at? Which new cars and trucks on sale today will we be shopping on eBay late at night in the 2030s? We kept supercars and other ultra-expensive cars off the list to keep things within the realm of attainability, and ended up with 12 total cars. 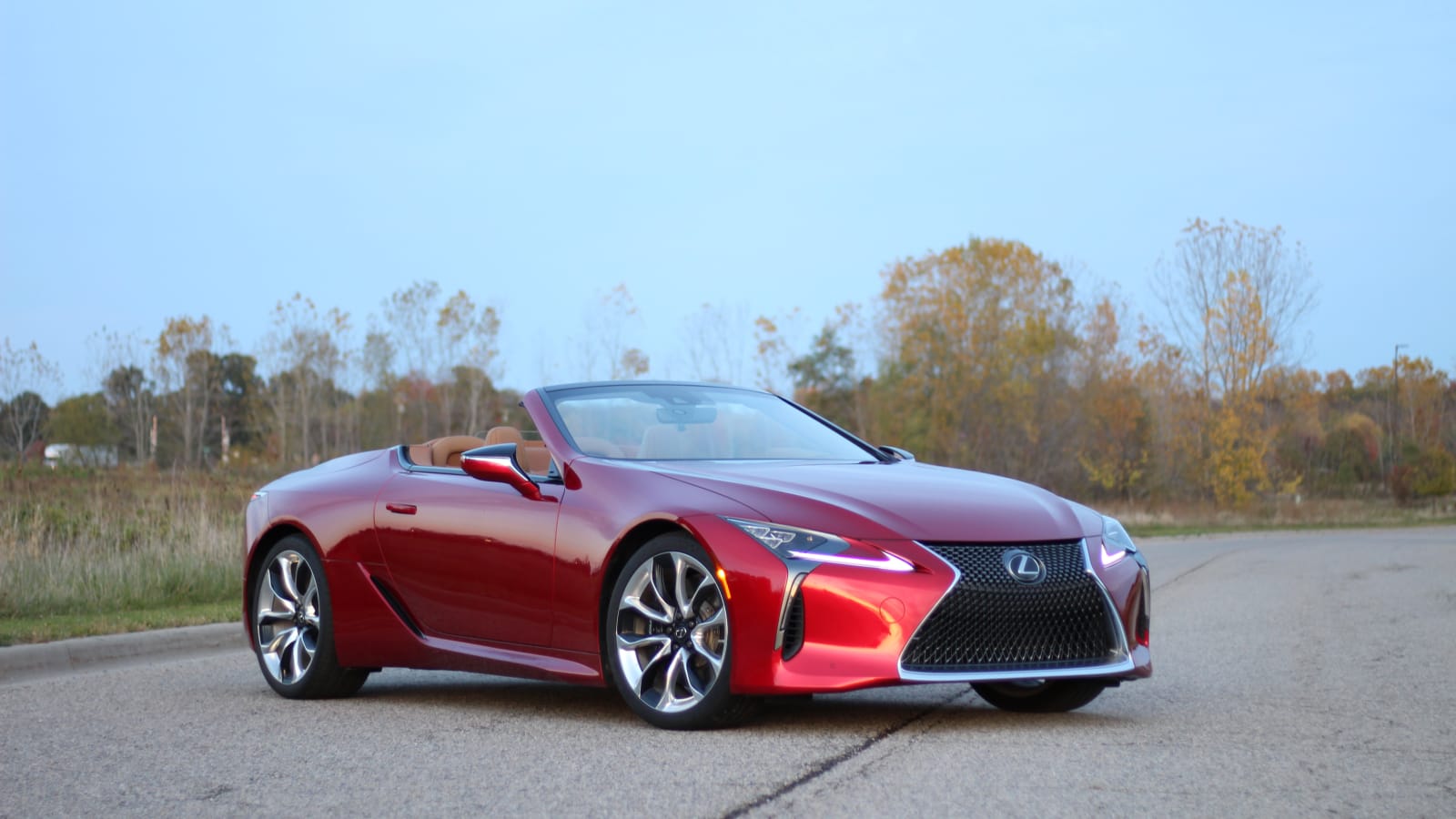 We’re not applying a numerical ranking to any of the cars on this list, but if we were, the Lexus LC would be No. 1. There isn’t another car design out there that can stir our emotions the way an LC can when it’s just standing still. This car is a concept design come true in the most beautiful of ways, and it’s a shoo-in winner for Concours events decades into the future. All of this heaping praise, and we haven’t even gotten to the LC 500’s intoxicating 5.0-liter V8. It doesn’t win drag races. It won’t be the fastest around the track against any similarly-priced competition. But none of that matters. It’s quite possibly the best car you can buy new, and that says it all when it comes to the LC. 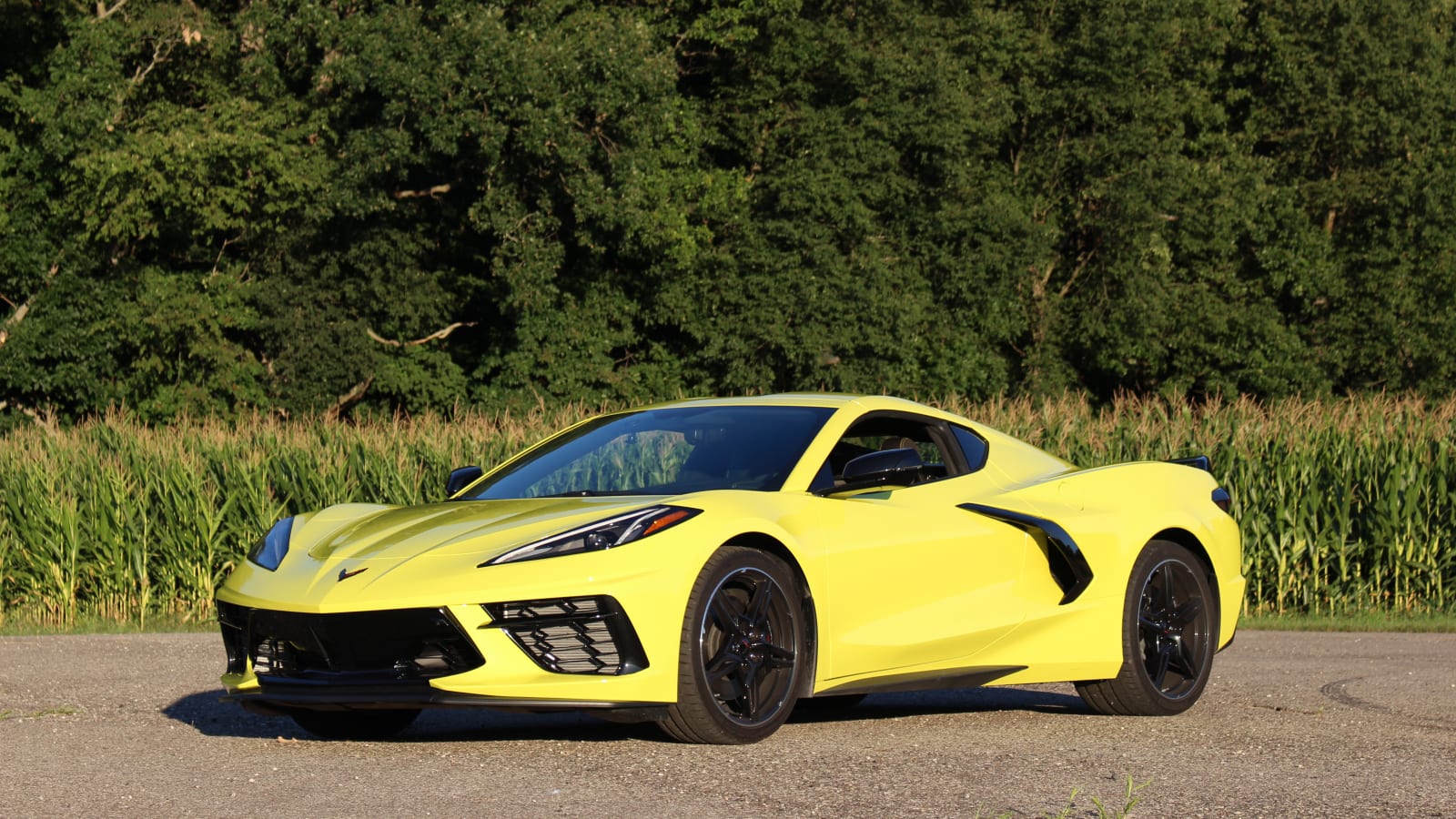 It might not be the stunner that the Lexus LC is, but the new C8 Corvette is and will always be a special vehicle. It’s the first mid-engine Corvette, which instantly cements it into an automotive hall of fame section of sorts. All of the performance stats and specs are there to back up its supercar-like looks, and it remains the best performance bargain on sale today. In addition to the C8 gaining an exotic exterior, it’s also the first Corvette to offer an interior that can compete toe-to-toe next to luxury competitors. There are so many reasons the C8 will remain desirable for years to come, meaning it more than deserves to be on this list. 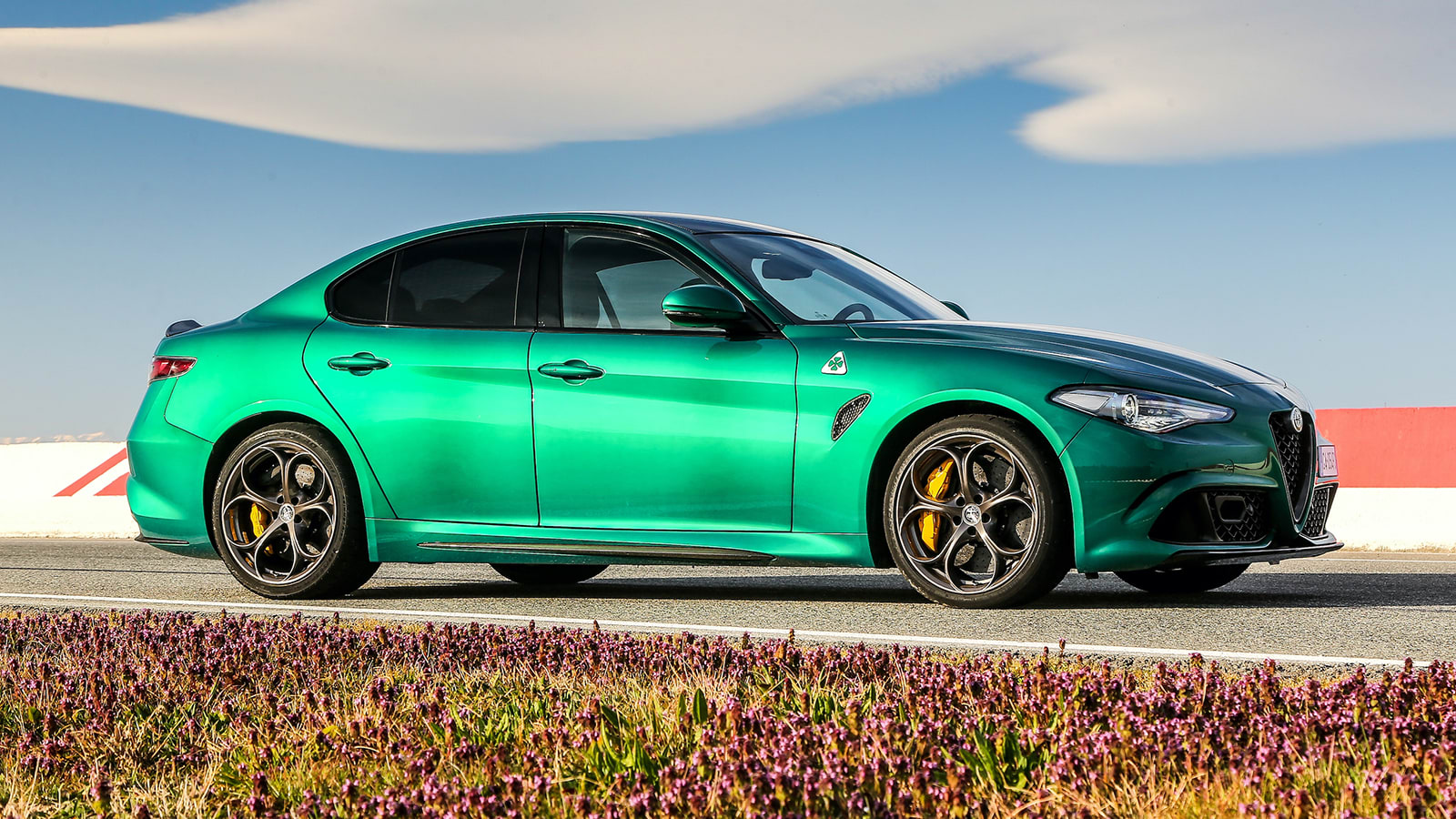 Quiz us on what four-door sedan we’d park in our garage, and before our brains can stop us, our hearts have already forced ‘Giulia’ onto our tongues. It’s been a few years since the Giulia began sales here, but that hardly matters, as it’s just as beautiful today as it was then. You don’t need to choose the Quadrifoglio model to capture the beauty that is the Giulia’s design, but it doesn’t hurt either. We’ll never tire of hearing the Ferrari-derived 2.9-liter twin-turbo V6 sing its sweet Italian tune, and the styling is just about guaranteed to remain attractive for years to come. 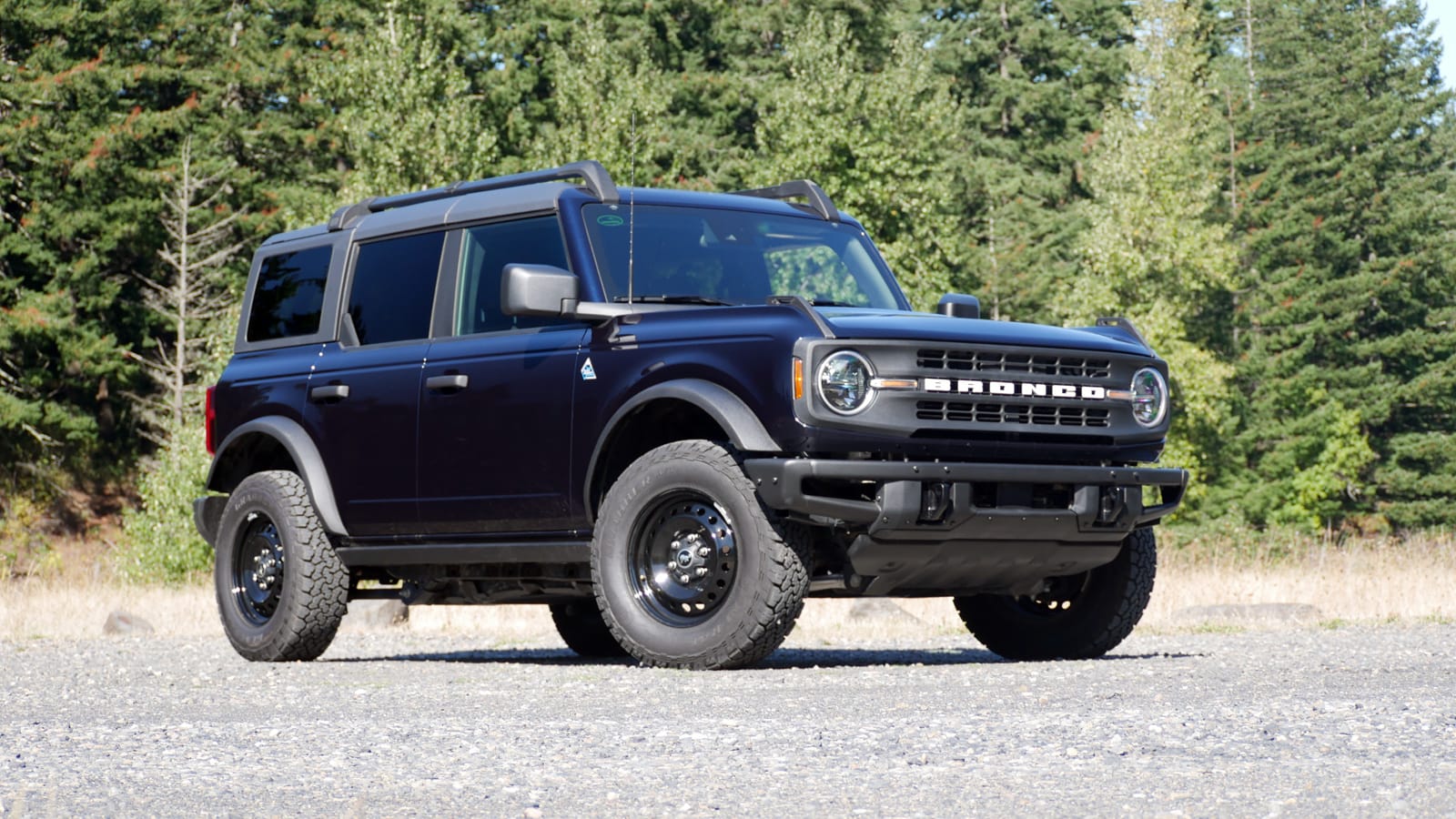 Ford just cribbed its own styling for the new Bronco 2-Door and 4-Door, so how could the new one go out of style when the old is still breaking necks today? The sheer variation of looks and styles on offer from Ford when it comes to the Bronco helps, too. The Base 2-Door with a manual might be the ideal build for someone, but somebody else’s dream Bronco could be the 4-Door Badlands with the Sasquatch package. Those two look wildly different, but they’re both going to be timeless. Just like the next off-roader on this list, we suspect the Bronco won’t be going out of style for a long time.

If the Bronco gets in, then the Wrangler does, too. Jeep has had no real reason to change the Wrangler all that drastically over the past few generations, which is a testament to its ability to be in style for decades to come. You can get bigger tires than ever before, add a bunch of LED lights and even get it with a plug-in hybrid powertrain, but the Wrangler’s basic design goodness hasn’t gone anywhere. Just take a look at used prices, and you’ll see that the Wrangler is one that doesn’t seem to have an end date on when it will lose its popularity. Old Wranglers are cool. New Wranglers are cool, and it’s very likely a sure thing that future Wranglers will be cool, too. 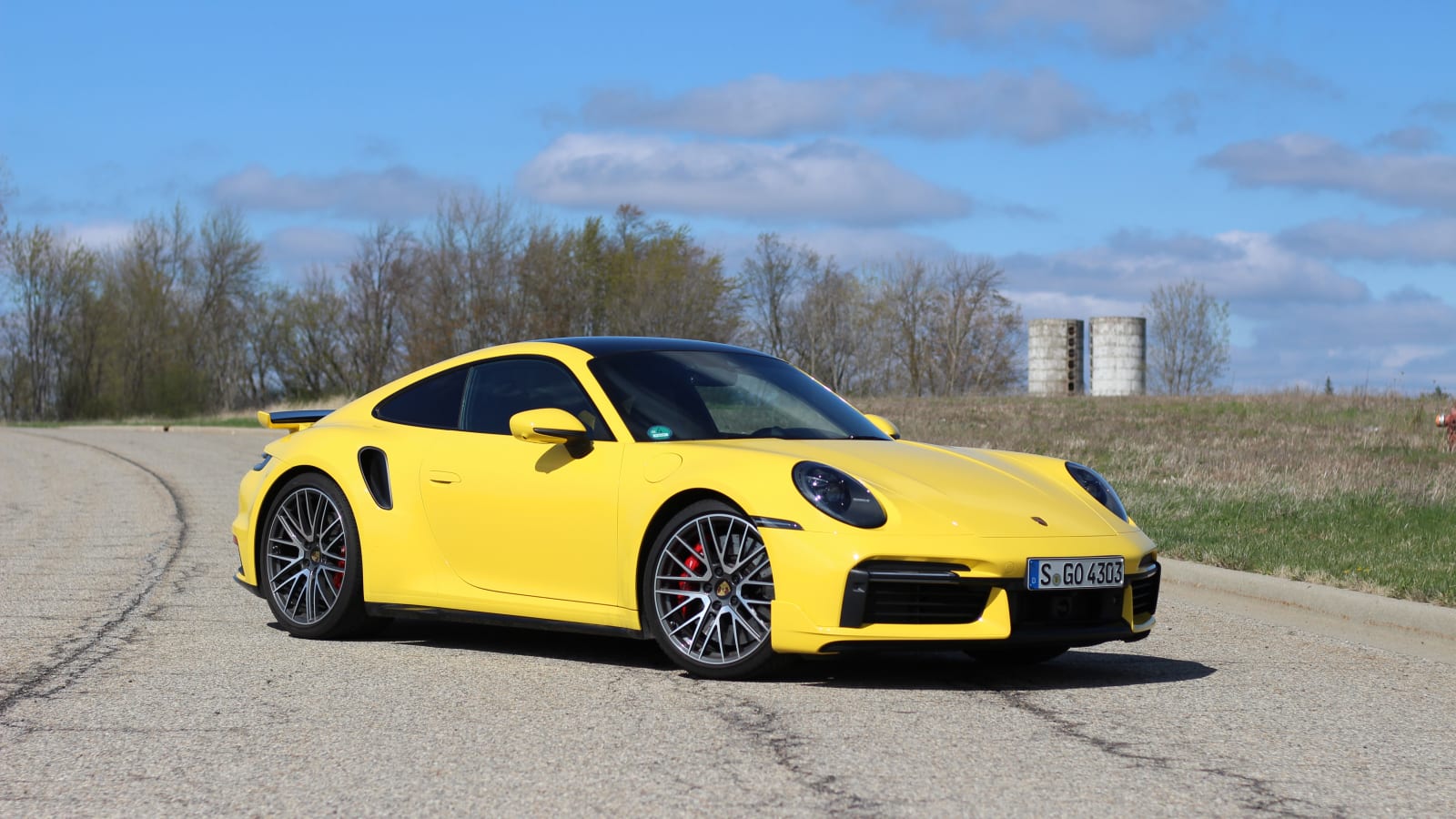 Of course we’re including the Porsche 911 on this list. The 992 generation of 911 might be the largest and most grand tourer-like yet, but it still makes itself nearly immune from criticism beyond the obvious high cost. Just like the Wrangler and Bronco before it on this list, Porsche makes the 911 a have-it-your-way affair with its numerous body styles and performance levels. It doesn’t matter what generation of 911 you bring up — they’re all staying in style. And yes, even the long-disliked 996 generation is headed for a comeback and price resurgence. All things considered, it’s difficult to think of a model that fits this list better than the 911. 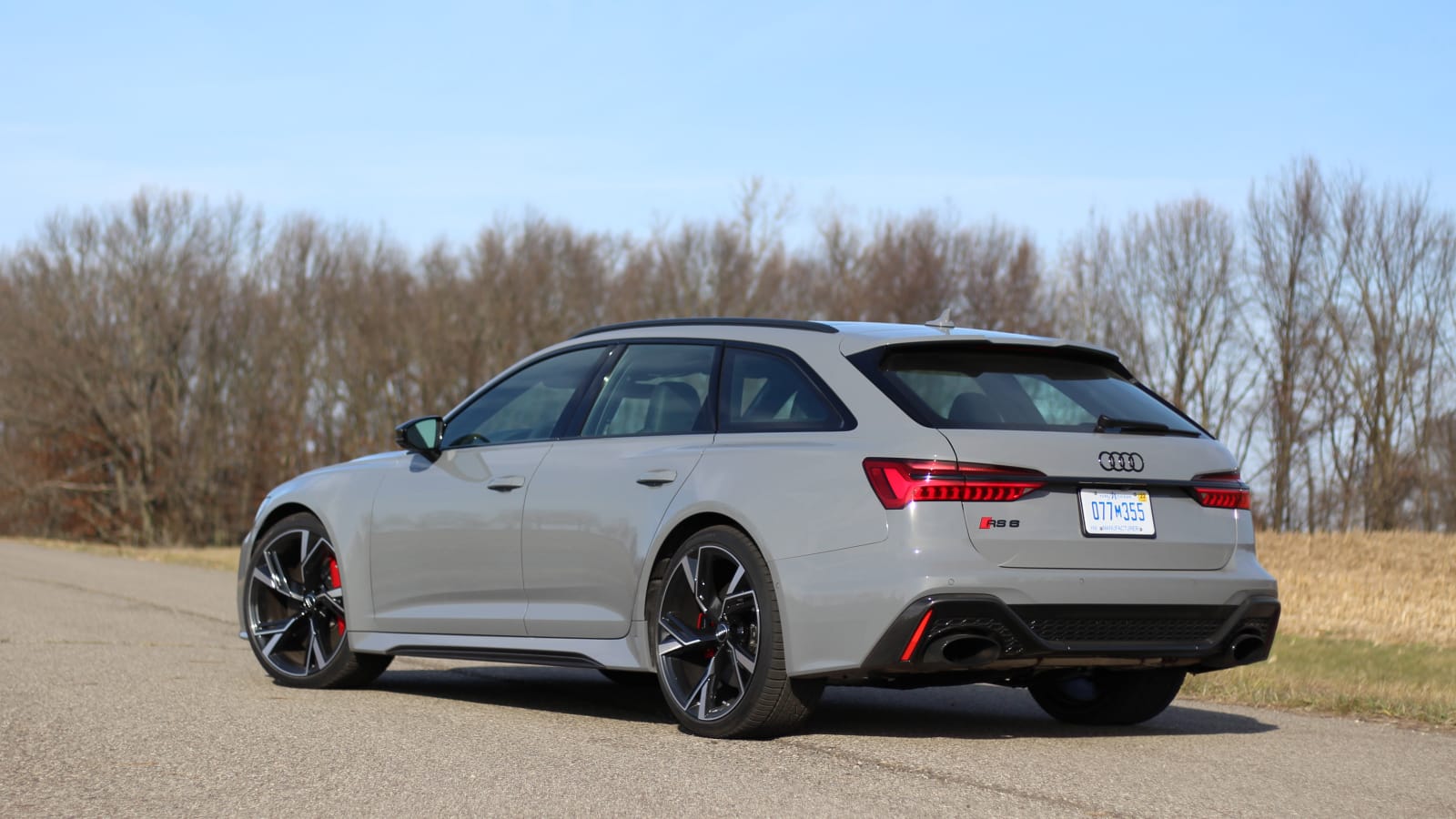 Now here’s where we get into the wagon world. The RS6 Avant may have come in second place to the Mercedes-AMG E 63 S Wagon in our comparison test, but that doesn’t change the fact that it’s the better looker by a wide margin. Hot Audi wagons, for as long as they go back (RS2 Avant) never lose their style or cool factor. Seeing how the RS6 Avant is easily one of the best-looking cars you can buy today, it’s an easy nod to be included in this list. Just look at it! This wagon will outlast every other performance crossover or SUV in desirability and depreciation by a stupidly wide margin. 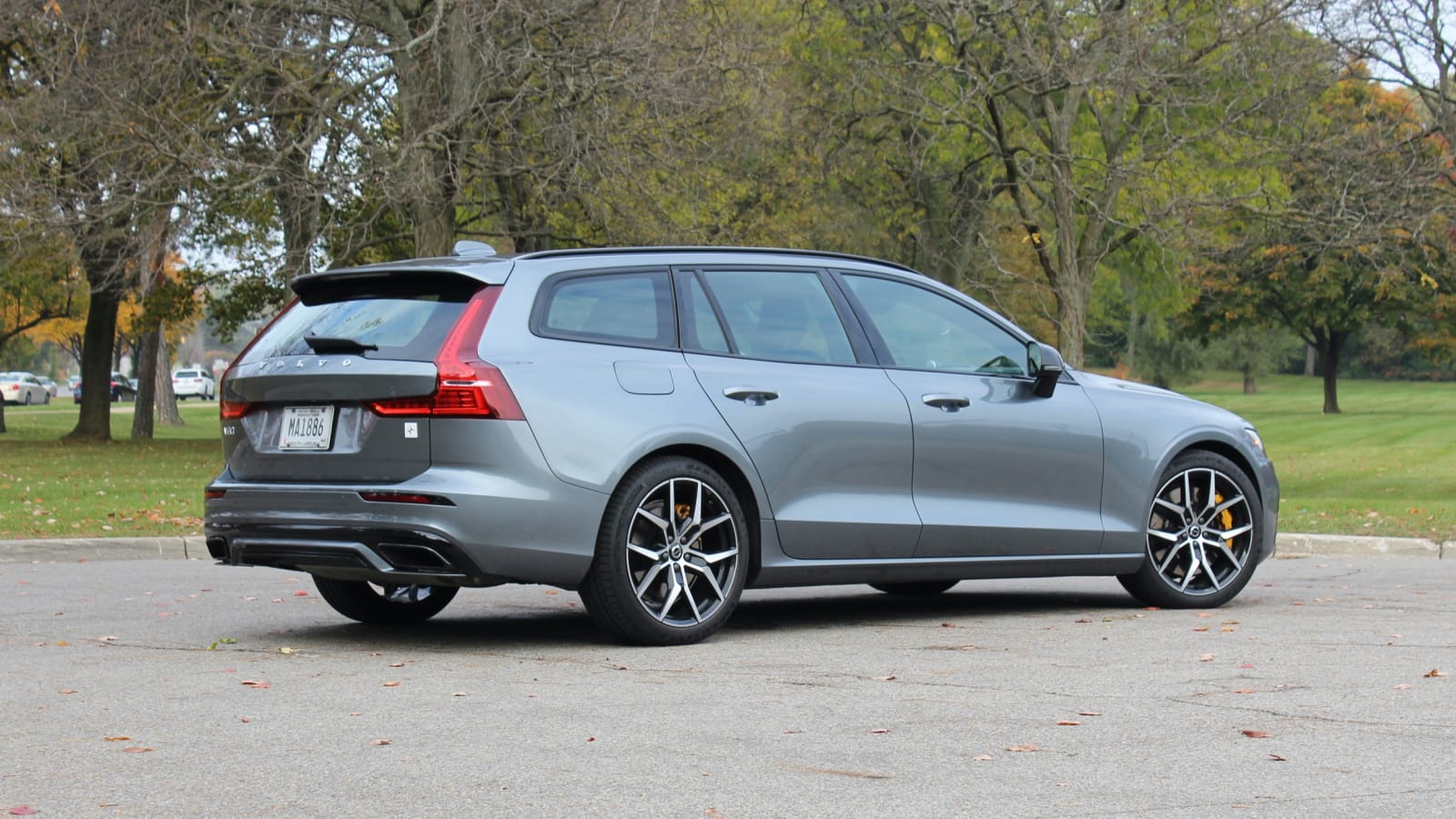 The V90 could’ve easily made this list, too, but we decided to go V60 on account of its available Polestar Engineered model and sportier design. Any Volvo wagon from the past few decades is evidence enough that the latest and greatest is also deserving of a spot amongst other cars that don’t go out of style. They’re boxy, quirky and oh-so-pleasant to both drive and stare at. We’re not sure how long PHEVs will last, but if there’s one relatively affordable enthusiast PHEV to remember from this era, it has to be the V60 T8 Polestar Engineered. This wagon will endure, and even if you can pick them up for reasonable prices one day, it will always be a piece of fascination for anybody who loves cars. 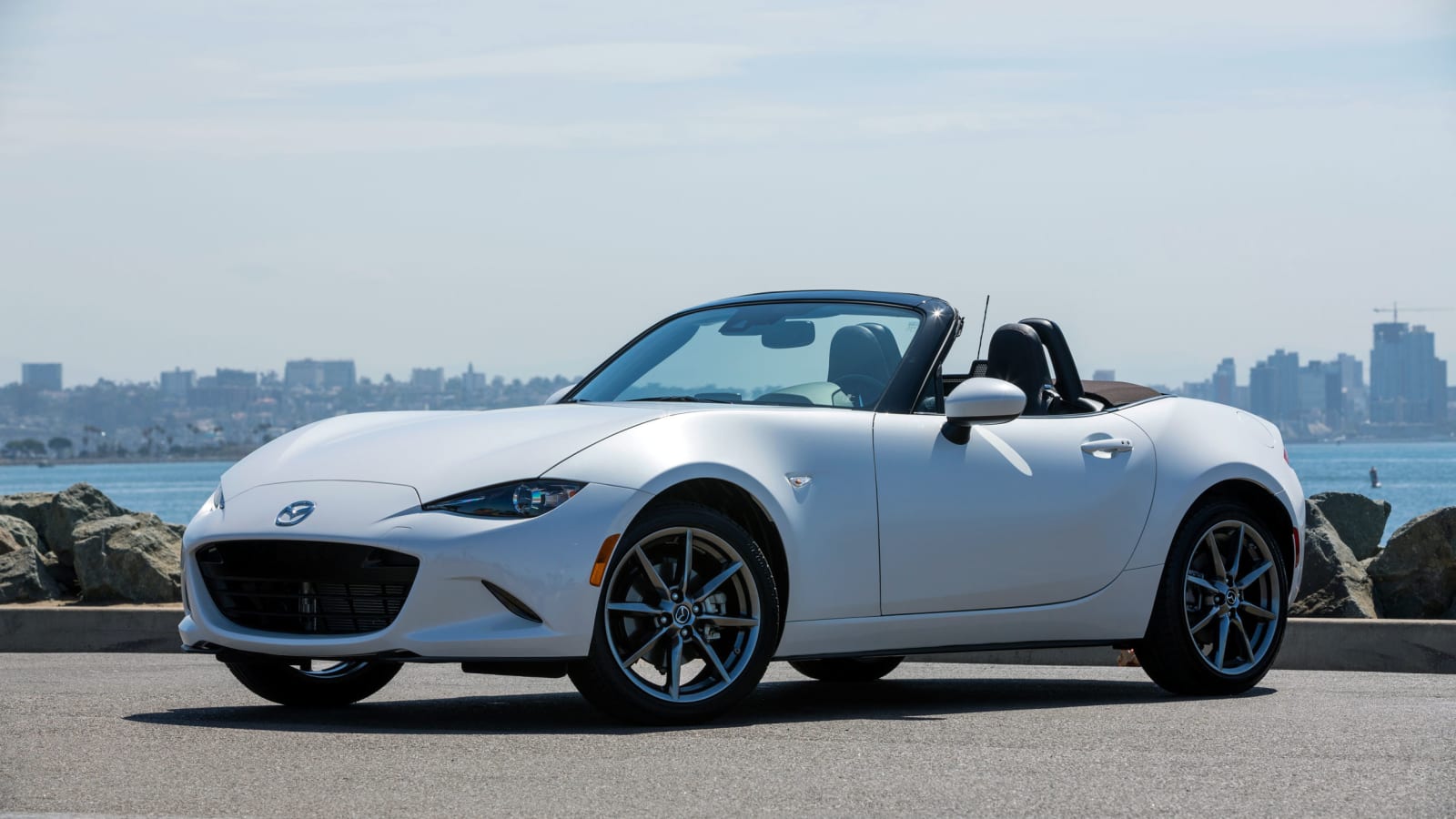 This one’s almost as easy to include as the Porsche 911. The question for best affordable sports car is alive and well these days with the new BRZ and GR 86 launching, but the Miata is undoubtedly the iconic choice to make with the most history behind it. The fact that the ND generation of Miata looks so damn good makes it even easier to declare its timelessness. Mazda gave us the super-small, lightweight and pretty sports car that we all wanted. It drives just how we’d dream it up, so there’s no way this little Miata is going out of style anytime soon. 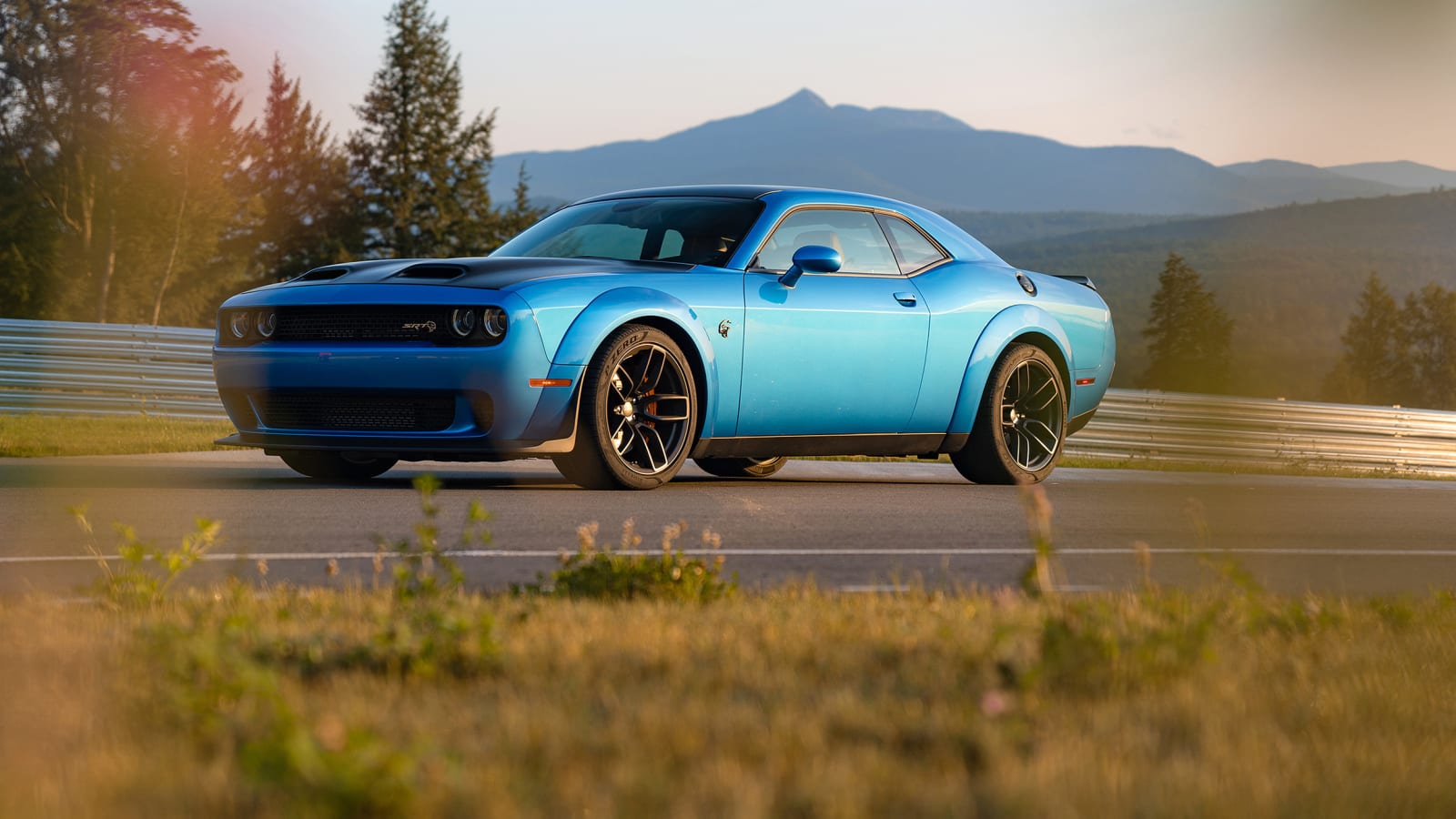 Now that the Ford Mustang and Chevy Camaro have gone the sports car direction, it’s only Dodge holding down the fort of true American muscle. No car better illustrates this point than the Dodge Challenger. It’s nostalgia strapped to a massive, supercharged V8 that makes enough noise to instantly be the pariah of any neighborhood. We haven’t seen a better application of retro styling cues on a sports car since, and considering the general shape and design hasn’t changed for what feels like forever, it’s safe to say Dodge did this one right. We know the electrified Dodges are coming, so enjoy this timeless classic while it’s still here drinking up every last drop of gasoline that it can. 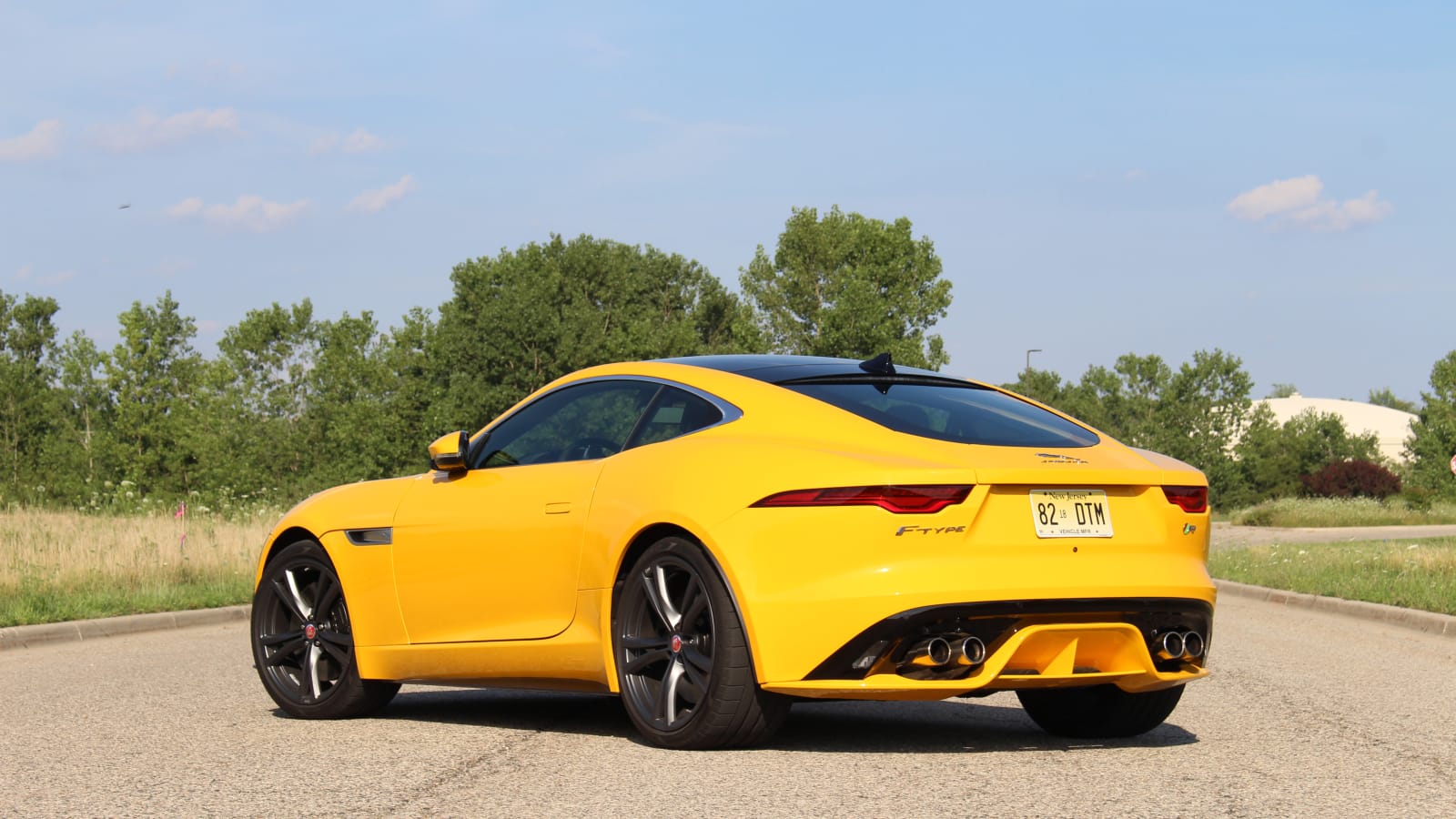 The F-Type is one of those cars that looks good enough to make us overlook some of its major flaws. It’s what you buy when style is the number one purchasing factor. A 911 will outhandle it. A Corvette will outperform it. But nothing will outmatch the F-Type when it comes to pure styling goodness. And if you get the R or SVR, nothing will beat the sound it bellows from its hellacious quad exhaust. No matter what Consumer Reports reliability studies might say, this Jaguar will always have a special place in our heart, and it’s well-deserved. 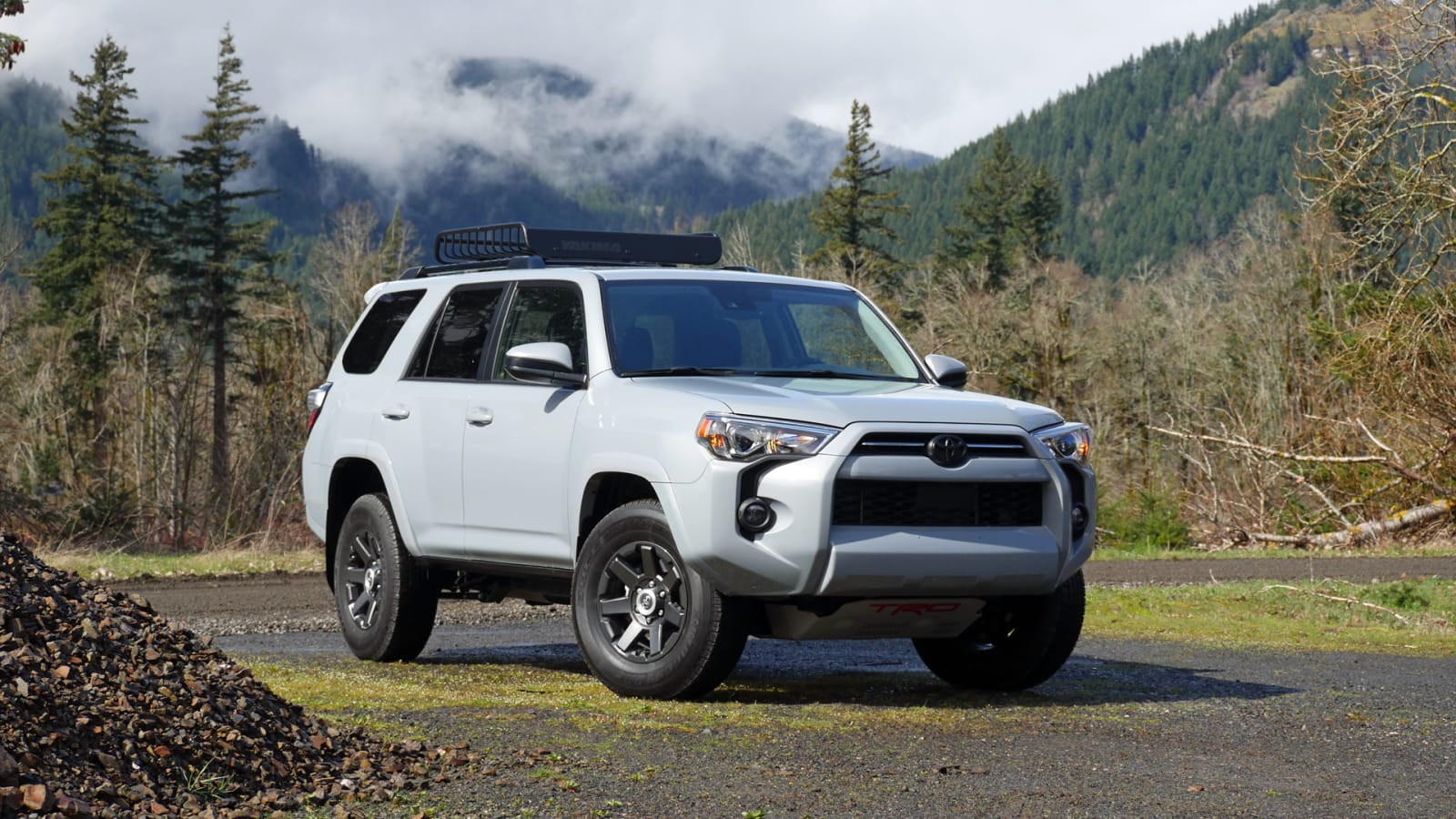 We’ll wrap this list up with some off-road Toyota goodness. The Tacoma could work as an alternate in this case, but our hands-down favorite is the 4Runner. Toyota trucks don’t change often, and when they do, change is slow. That’s all well and fine for the 4Runner, because it’s a top-notch design in the off-road category of vehicles. The simple and rugged SUV styling just doesn’t get old, and while others far surpass it in technology, the 4Runner never stops being cool. Like virtually every other Toyota truck, the 4Runner will retain its value far into its late years, and Toyota’s design is one of the big factors to thank for it.

Got a difference of opinion about this list, or your own nominations? Hit us up in the comments below.

Wed Nov 24 , 2021
Most of the changes occurring within the automotive market right now, together with tightened credit markets in a capital-intensive business and increased government involvement are the latest world challenges. Often called a basic guarantee or new-vehicle guarantee, a bumper-to-bumper policy covers elements reminiscent of air conditioning, audio systems, vehicle sensors, […]