LEARN MORE: Links to full versions of today’s news nuggets along with a million pages of the past 25 year’s automotive news, articles, reviews and archived stories residing in

The Auto Channel Automotive News Library can be found by just copying and then inserting the main headline into the News Library Search Box.

Want more automotive content than our million plus pages?, TV viewers can watch The Auto Channel-TV Network on Hulu, Google, You Tube and of course TUNA Digital Network and Old Fashioned “Free and Clear” OTA (Over the air)
TV in Boston and South Florida as well as local cable systems.

* Joe White writing for Reuters says the Biden administration wants Congress to approve a fresh $100 billion to subsidize consumer purchases of electric vehicles, and another $15 billion to build 500,000 public charging stations. Crude math suggests that $100 billion would allow for $7,500 rebates on more than 13 million EVs. Both Tesla and GM vehicles no longer qualify for current federal EV subsidies.

* GMC’s electric supertruck lineup expanded with the addition of the 2024 HUMMER EV SUV making its debut during the NCAA’s Final Four in a new commercial film narrated by LeBron James. Fans can watch the reveal and place a reservation at http://www.gmc.com/hummerev. When production begins in early 2023, the HUMMER EV SUV Edition 1 will have a starting MSRP of $105,5957 (including DFC). When equipped with the available Extreme Off-Road Package, the starting price will be $110,5957 (including DFC).

* General Motors has said it will introduce 30 all-electric models by 2025. In addition to the GMC Hummer EV SUV and the Cruise Origin autonomous shuttle coming from its Detroit Factory Zero there will also be a new line of all-electric pickups for the Chevrolet brand. The Chevrolet Silverado electric full-size pickup is designed from the ground up to be an EV. The electric Silverado will offer customers a GM-estimated range of more than 400 miles on a full charge

* Automotive News writes Volkswagen’s ruse early last week, that it intended to adopt the name “Voltswagen” in the U.S. for its coming fleet of electric vehicles, was an elaborate plot spawned at its marketing agency and approved by top executives. At some point internally, VW’s top management decided that the risk of brazenly misleading reporters and the public — again — was worth the potential reward. And they might be right, so says Automotive News. A lot of folks think otherwise.

* Toyota Gazoo Racing (TGR) gave the new GR 86 its world debut in an online event held together with Subaru Corporation (Subaru). Following the GR Supra and GR Yaris, the new GR 86 is the third global model in TGR’s GR series of sports cars. The GR 86 increases engine displacement from 2.0L to 2.4L with around 230+HP. 0 to 100kph (62mph) is in 6.3 secs. The new GR 86 is scheduled to launch in Japan in autumn 2021. Plans for the U.S. will be announced at a later date.

* An all-new Jeep Compass, the first Jeep SUV launched in Europe, was introduced by the Stellantis Group. The New Compass has new styling plus many technology upgrades that include the 4xe plug-in hybrid powertrain. Expect the new Compass in the U.S. for 2022.

* Remember MG, that iconic British auto maker best known for its 2-seat sports car? MG, now backed by SAIC Motor, has shown images of its Cyberster concept car that will be officially unveiled later this month at the Shanghai Auto Show. The concept is electric powered, and MG says that it would deliver 500 miles in driving range and sprint to 60 mph in 3 seconds or less in production form.

* Volkswagen of America completed a 6,700+mile drive across the U.S. last week with the all-electric Volkswagen ID.4 EV. Starting in New York City in mid-March, the small team crossed the States on a predominantly southern route, wrapping up the drive on schedule in 18 days in Sacramento, California. The vehicle was charged at 32 Electrify America charging stations, among a few other opportunities that included overnight charging at selected hotels. I caught with them on their Chicago stop as they spent about 30 minutes at a charging station.

* Call it like you see it! Kia has a new minivan, the Carnival replacing the Sedona. But Kia calls the Carnival a Multi-purpose Vehicle (MPV). Hyundai is about to reveal a new pickup, the Santa Cruz. But Hyundai calls it a Sport Adventure Vehicle (SAV). Ford introduced the Mustang Mach-e BEV and called it an SUV. It’s very passenger car like. Confused, anyone?

* Released this week is the annual Parents’ magazine Best Family Cars shopping guide featuring the top minivans, SUVs, and sedans on the market for families in 2021

* Ninety-three distinguished international journalists on the World Car Awards jury panel have voted Akio Toyota, President and CEO, Toyota Motor Corporation, as the 2021 World Car Person of the Year. Akio Toyoda is the charismatic President and CEO of Toyota Motor Corporation, where he has spent years successfully remaking his company. In 2020, under his leadership, Toyota remained profitable, despite COVID-19, thus protecting jobs worldwide.

* Honda is recalling over half-million vehicles because of a possible premature fuel pump failure. This 628,124 vehicle recall affects both Honda and Acura models from the 2019 and 2020 model years. Honda says the low-pressure fuel pumps have impellers that could deform with exposure to fuel, which results in the fuel pump module failing.

* Did you notice Uber and Lyft don’t have a lot of drivers? Well, stimulus checks keep some workers home! Now the two companies are using Covid vaccines to get drivers and customers back on the platform. Ride-hailing demand is ramping up from pandemic-induced lows, but drivers are still slow to return to the road, slowing the companies’ efforts to rebuild revenues. PS – in some cities taxis are less costly than ride share and customers have noticed and changed habits back to hailing a cab.

* For the first time ever in the 33-year history of the Motorsports Hall of Fame of America, there will be a dual celebration of multiple classes. Both the 2020 and 2021 classes have fallen victim to the of circumstances of the COVID-19 pandemic, but the honorees will get their due together on September 27-29 in Pontiac, Michigan. Read more about the honorees HERE 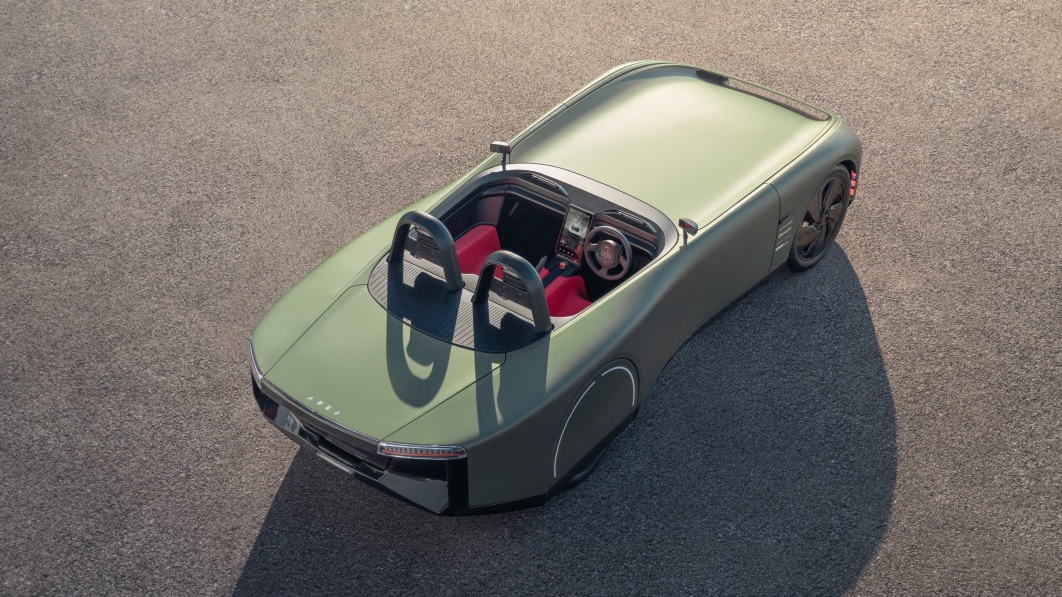