It would seem that the BMW 1 Series M is the next hot-ticket classic BMW, with values rising more quickly than many would-be customers would like. Low-mileage examples have been creeping toward the six-figure mark and this one hits that nail on the head in the UK, with an asking price of £99,995.

After seeing this specific 1M, it’s no surprise that it’s being sold for such a high price tag, nearly double what its original MSRP was. This 2011 (only model year for the 1M) BMW 1M has just 430 miles on the odometer, making it as brand-new as you can get in 2022. That’s barely past the break-in mileage for the engine, so this owner really let it sit. Curiously, it has a few warning lights on: the check engine light, the tire pressure sensor light, and the traction control light. Not sure what those are about, especially given the low mileage, but it’s worth looking into. The car’s description says it feels like brand-new, so it’s unclear why it has warning lights on the dashboard.

However, the rest of the car is glorious. Painted in Valencia Orange (honestly, the only color a 1M should be) and visibly immaculate, this 1M is a BMW enthusiast’s dream. Its interior is black with Alcantara bits and orange stitching, which was the only interior option offered. It looks great; a simple, honest, BMW interior. Also, isn’t it refreshing to see an empty dashboard, without an iDrive screen ruining it? When I bought my E90, I specifically sought out one without iDrive and I’m so happy I did. This 1M looks great with its simple, driver-focused cabin, gorgeous analog gauges, three spoke steering wheel, and manual gear knob.

Speaking of a manual gear knob, the BMW 1M was only available with a six-speed manual transmission, as the car gods intended. Sending power to that transmission is a 3.0-liter turbocharged inline-six, with 335 horsepower and 370 lb-ft of torque. All of that power is sent to the rear wheels and it can scoot from 0-60 mph in 4.7 seconds. 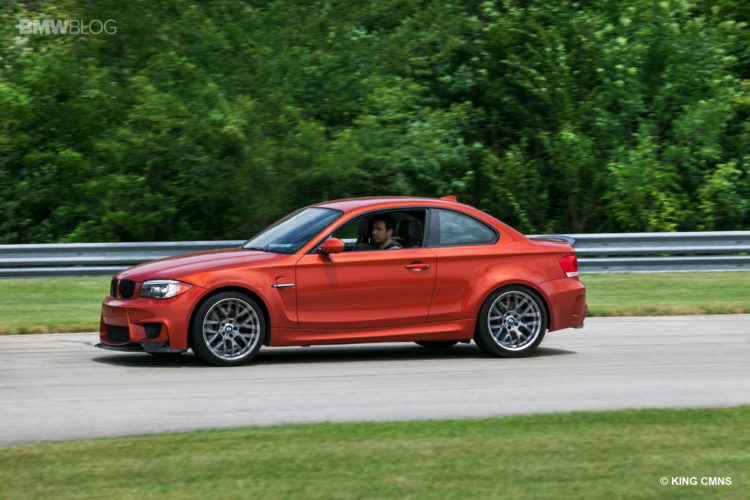 That might not sound very thrilling, as a current BMW M340i would stomp a 1M, both in a straight line and on a track, all while shifting gears on its own and being more comfortable. However, if you’re concerned with performance metrics while shopping for a 1M, you’re completely missing the point. The BMW 1 Series M is the last true driver’s BMW, with a lightweight, compact chassis, a straight-six engine up front, manual transmission in the middle, drive going to the back, no iDrive, no fancy electronics, and classic good looks. For that, it might just be worth the high price tag.

Health Department Near Me